What is the Appalachian Triangle?

I coined the phrase “Appalachian Triangle” to designate Southwest Virginia including West Virginia and Southeast Kentucky, Northwest North Carolina, and Eastern Tennessee. This is, in my opinion, the most difficult area to trace a family tree in America. 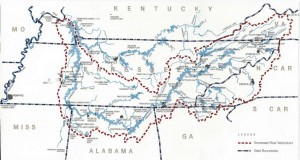 Why is this area so hard?

Stay tuned to this blog in 2017–as I provide sources, records, bibliography segments, maps and charts, example documents with unique contents that will enable you to track a triangle ancestor. You need to be able to track the family into and through and out the other side connecting your ancestor to those that came before and those that followed after. Your favorite Tennessee genealogist, Arlene Eakle  http://arleneeakle.com

PS We all owe a debt of gratitude to local genealogists who are at work providing better access to the surviving records of this difficult area.